Tallying use on iPads is a little tricky. While you can see what apps have been used by double tapping the home button, each app only shows up once. Let’s say a child opens Rocket Reads. It puts itself in the “opened apps” cue. If that child opens up other apps and then returns back to Rocket Reads, then Rocket Reads jumps to the front of the cue–it does not duplicate itself. You probably just skimmed that last sentence, so let’s not get bogged down in technical detail.

With this in mind, I chose to tally use as often as I could (about 3 times per day for one week), while closing the apps every time I took a tally. Sure, it’s not the most scientific way but I did see certain apps being used more than others.

Without further delay, here are the results! 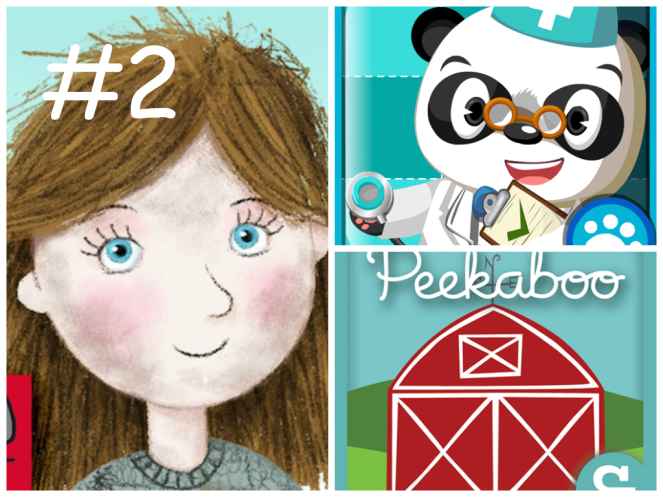 Finally, if you’re curious, I used Fotor to create these free photo collages. What are your most popular apps either with your kids or at your workplace?

View all posts by librarybonanza